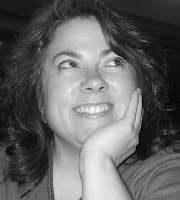 My week started with the first preview of
Gypsy on Monday. On Wednesday, I received news that my friend and partner in crime won't be moving to LA afterall, the Met released the 2008/09 season schedule and my friend David hooked me up with a comp to see Xanadu. On Friday, my manager called me to let me know that she credited me with three extra vacation days for 2008, I signed a two year lease for my apartment, my tax refund arrived and last night, we decided to take the bus down from Kefi to our old standby and the bus waited for us while we crossed Broadway. Today, I thought my streak might be ending when the grocery delivered regular chili instead of veggie chili, but Kevin gifted me with the original cast recording of High Spirits and then my Little Love called me to let me know he hooked us up with $10 tickets to the first preview of Les Liaisons Dangereuses. That's me, just lucky.
at 8:57 PM

You are lucky! But you know, to a certain extent I think we make our own luck. You did by coming to New York, getting out and having adventures, meeting new people, opening yourself up to new experiences. And I love reading about them. If only I could do things over again. Sigh. Oh well, maybe in my next life! Maybe I'll retire to Manhattan. I'm saving up. ;-)

I'm with Esther - missed my opportunity to live in NYC, so I sit here, sigh and wish for my retirement. BTW - I absolutely love Kefi! :)

Yes, very lucky. I'm in with Esther and Alicia. You go girl!