That's Doctor Lansbury to you 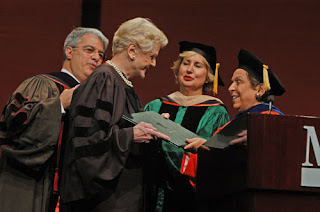 Angela Lansbury, who was so busy becoming an actress that she didn't even graduate from high school, has been bestowed the Honorary Doctor of Humane Letters from the University of Miami (Jerry Herman's alma mater, by the way). Watch her speech beginning at 34:58 in the Friday 5/9 5:00 pm link on Real Player. She's so wise. God knows, I've learned a thing or two from her over the years. And I can't even remember who delivered my commencement speech all those boring years ago - I think it was some air force general. Oh well. Frankly, I was just glad to graduate at all. 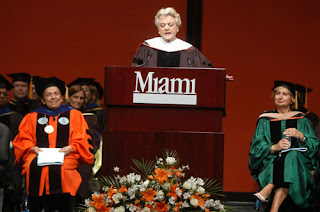 So, I'm back in NYC after a week of Little Loves. It's back to our regularly scheduled programming!
at 11:05 PM