On July 12, 2008, Broadway Barks, benefiting New York City animal shelters and adoption agencies, will celebrate its 10th Anniversary with a star-studded dog and cat Adopt-a-thon hosted by Mary Tyler Moore and Bernadette Peters. Produced by Broadway Cares/Equity Fights AIDS and sponsored by ASPCA and PEDIGREE® Brand, the annual event will be held in Shubert Alley between 3:30 P.M – 6:30 P.M. 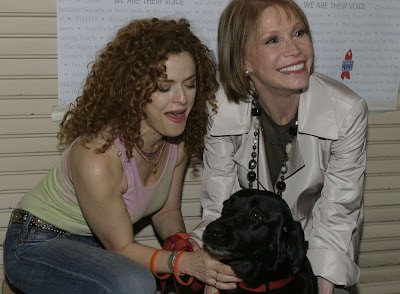 Marking the 10th Anniversary of the organization, BROADWAY BARKS 10 will again help many of New York City’s shelter animals find permanent homes by informing New Yorkers about the plight of the thousands of "homeless" dogs and cats in the metropolitan area. Last year’s BROADWAY BARKS! attracted an audience of more than 6,000 theater fans, pet owners, and animal lovers, and featured the participation of more than 24 animal shelters from the New York City area, as well as Broadway stars from the hit shows of the season. A galaxy of Broadway stars will join Moore and Peters for this special benefit, presenting the animals for adoption. Stay tuned for more information on these names. 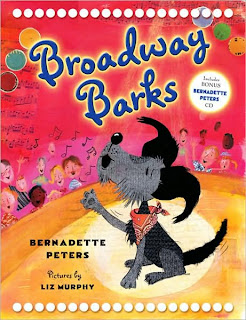 Prior to the start of Broadway Barks in Shubert Alley, Bernadette will sign copies of her new Best Selling Children’s book, Broadway Barks, at 12:30 p.m. at the Broadhurst Theatre, 235 W. 44th Street. This month, Peters joined the The New York Times Bestseller list with her debut book, inspired by the event. The colorful children’s book maps the journey of a young pup found in Central Park who finds his way to Shubert Alley to become part of the annual event. Included is an exclusive CD which features Peters reading the story and singing an original song for which she composed the music and lyrics. Peters’ royalties from the sale of the book will go to the organization.


Photo by Rick Edwards. Bernadette Peters and Mary Tyler Moore at Broadway Barks 9 in 2007.
at 3:28 PM

Sarah, I am forever indebted to you for that link! THANKS AGAIN!

Hi Sarah! Thanks for commenting on "The Shell Seekers." It's nice to meet a fellow theatre geek! :)

Anyway, with your permission, is it OK if I add a link to your blog on mine? Thanks!