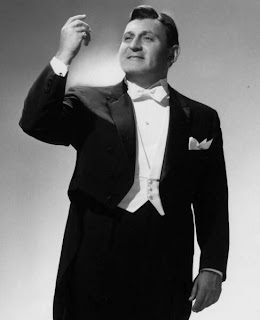 Richard Tucker (1913-1975) is considered one of America's greatest tenors. He sang 724 performances with the Metropolitan Opera plus was broadly recorded. He was profoundly civic and religious minded and devoted himself to helping others both in the music world and general community assistance. After his death in 1975, The Richard Tucker Music Foundation was founded as a "non-profit cultural organization dedicated to perpetuating the artistic legacy of the great American tenor through the support and advancement of the careers of talented American opera singers by bringing opera into the community." The Foundation offers free performances in New York Metropolitan area and supports music education programs. Each year the Richard Tucker Music Foundation annually awards cash prizes to individual U.S. born singers. There is no application process, only nomination. Prestigous in name and in association to previous winner, it is monetarily generous and acts to further highten the winning artist's career, usually one who is already on the brink of success. The first winner, in 1978, was Rockwell Blake. Other winners were Brandon Jovanovich, Lawrence Brownlee, Eric Cutler, Matthew Polenzani, John Relyea, Joyce DiDonato, Christine Goerke, Gregory Turay, Stephanie Blythe, Patricia Racette, David Daniels, Dwayne Croft, Paul Groves, Jennifer Larmore, Ruth Ann Swenson, Deborah Voigt, Renée Fleming, Margaret Jane Wray, Richard Leech, Harry Dworchak, Dolora Zajick, Aprile Millo, Roger Roloff, Susan Dunn, J. Patrick Raftery, Barry McCauley and Diana Soviero. The foundation also awards the Richard Tucker Career Grant (notably Susan Graham) and the Sara Tucker Study Grant. I have been fortunate to have seen many of recipients of each of these awards perform in recital or concerts in and around New York and in operas at the Met, the Chicago Lyric and the WNO. Each year the Foundation presents a concert of past winners and current winners. Since it is a bit of reunion, it is great fun in addition to being a concert of the best of the best. The 2007 Richard Tucker Music Gala was filmed and will be broadcast on PBS on December 15th. Past winner Joyce DiDonato will host.

COFFEE & TEA said...
This comment has been removed by a blog administrator.
3:54 PM