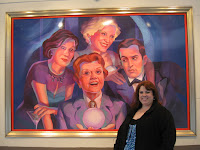 We attended Opening Night of Blithe Spirit last night! I've been to a handful of opening nights by now, and this one was by far the best. With men in black tie, and many of the women in evening gowns, there were celebrities galore to behold. It felt like we were traveling to a time when glamour was an everyday thing.

As we are accustomed, Kevin, Roxie, Sally and I gathered at Angus McIndoe's for pre-show toasts and merriment. This time we welcomed new First Nighters Chelsea and Denise to the club. Angus' was hopping and was full of other First Nighters doing it up right, including Cheyenne Jackson looking better than ever, Rachel Dratch, John Glover and Nathan Lane.

We arrived at the Shubert to find it buzzing with excitement! Tammy Grimes, Elvira in the musical version of Blithe Spirit, High Spirits, was being interviewed, while others shuffled in on the red carpet. We went in slowly and climbed to the heights of the Shubert to the balcony. I must say, I was very pleased with my right side of the house seat. Curtain rose a little late, as expected because you can hardly get that many many actors and theatre business people to their seats on time - it would be easier herding cats.

Upon entrance, each actor was greeted with great glee and applause, especially Angela Lansbury. I'm sure Kevin timed the ovation. Every laugh was loud and genuine. Angela completely stole the show, which is why Ben Brantley wrote this love letter of a review for her in the New York Times.

After a terrific curtain call, we took our time leaving the Shubert. The opening night party was across the street at Sardi's. We just stood in awe. Eventually, we saw the cast members coming across with their various dates and family members - some came via Shubert Alley, some cut throught the Broadhurst. All looked gorgeous (although I think Christine Ebersole might need a little visit with William Sledd). Angela looked like a Queen on a royal outing.

Sally and Denise had to depart early. It's too bad because we could have used them for our mini-renactment of Blithe Spirit, which we performed to rave reviews. We cheered for those coming and going. I called out to Donna Murphy, who looked ultra regal, "Donna Murphy, when are you returning to Broadway?" I ask her that everytime. She just says, "Oh Eileen." And when we applauded, Elizabeth Ashley, she yelled back at us, "I'm not in the play!"

Oh what a night. I don't think I'll ever forget it and I plan to time travel to it as often as possible! 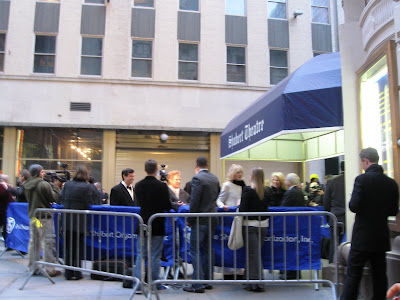 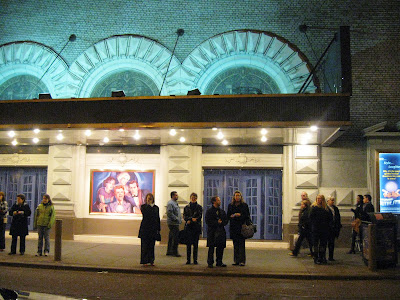 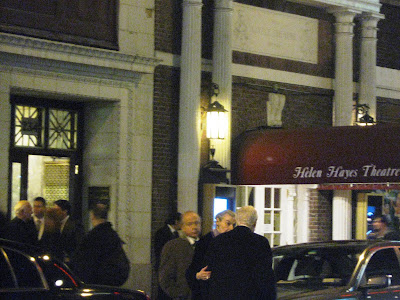 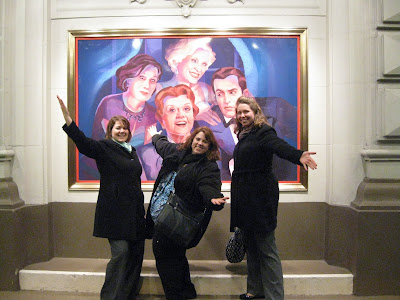 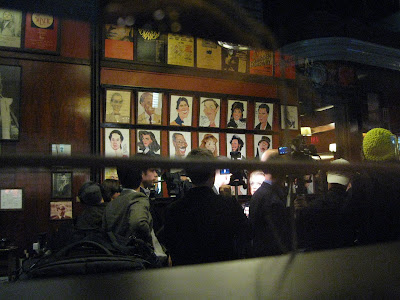 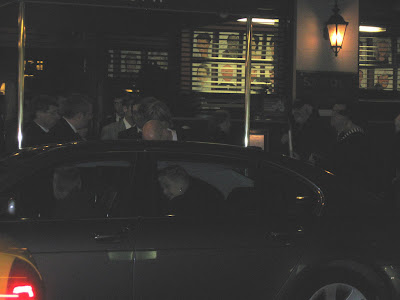 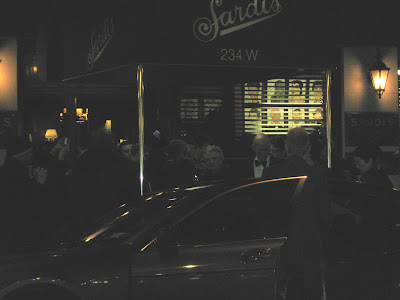 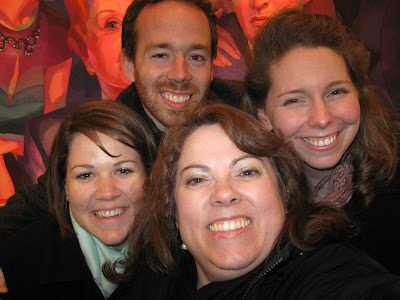 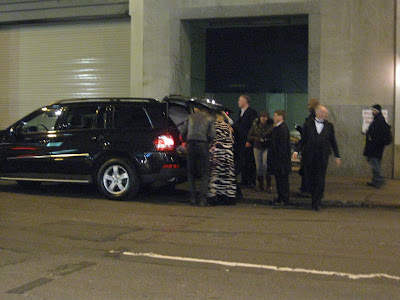 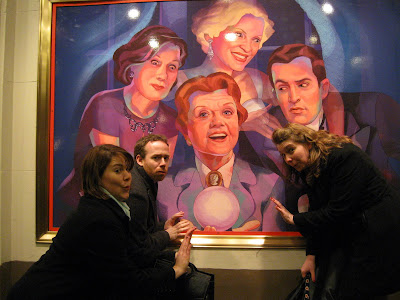 Whew! What a night!! I'm glad y'all had such an amazing time, and your pictures are fabulous. Someday I'd like to see this reenactment! lol

Oh, the stars! the glamour! Chelsea has to be hooked good by now...

How wonderful! Thanks for the detailed report. I'd like to see the reenactment, too.

Patti LuPone in Gypsy followed by Ange and Christine in Blythe - oh I'm good and hooked. :)

reminds me of the time you and I were there for "Deuces" . So sad about Natasha Richardson, can barely work today.

PS I think Roxie should win the Tony for her interpretation of Ruth. Her acting abilities and comedic timing were impeccable!