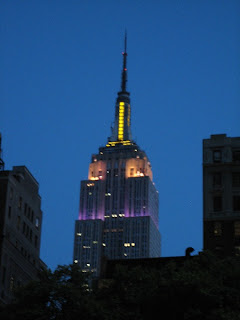 It's the twelfth annual dog and cat adopt-a-thon, founded by Bernadette Peters and Mary Tyler Moore, in Shubert Alley from 3:30 to 6:30 p.m.   The event also raises money to support no-kill animal shelters.

To mark the event and raise awareness for animal adoption, the Empire State Building is lit purple, pink and yellow from June 10-12th.

Beginning at 3:30, New York area animal shelters will be on hand with plenty of pets for adoption or information on how you can adopt a cat or dog.

in the lobby of the Schoenfeld Theatre.  Bernadette's previous book, Broadway Barks

, is a New York Times best seller.  Each of the books feature cd's of Bernadette reading the stories and singing the songs she composed herself.   Both books are also about her own adopted dogs, Stella and Kramer.   Bernadette donates all of her proceeds from sales of the books to Broadway Barks. 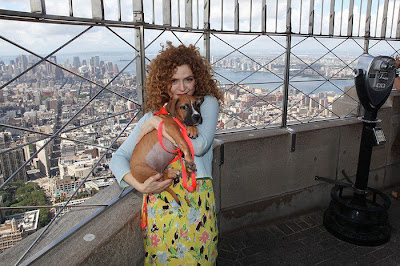