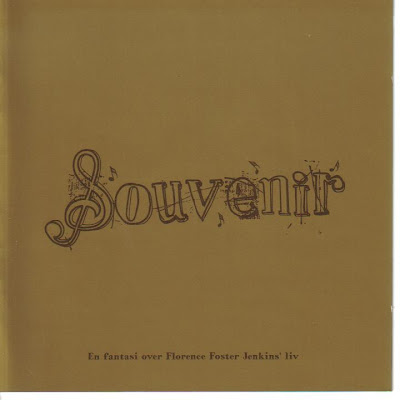 One of the greatest perks of sharing my Adventures here is "meeting" people from around the world who also share my passion for theatre and opera.  One of these people is the very lovely and generous Robin Haslund Buch from Denmark.  He is also great fan of Angela Lansbury and has shared some very cool Danish movie bills from a few of Angela's movies.


Robin also loves the theatre and is a very talented costume designer and actor (he will be in an upcoming production of Lend Me a Tenor in 2011!).  In 2009, he costume designed and translated for the Danish production of Stephen Temperly's hysterical but poignant play Souvenir  about Florence Foster Jenkins at the Vendyssel Theatre.

Even though it not nominated for an  award, the production was honored with a performance at the Reumert uddelingen - the "Danish Tony Awards" - at the Royal Theatre Copenhagen on May 9, 2010.  In attendance were members of the Danish Royal family, including HRH Prince Joachim of Demark and his wife Princess Marie.

Today, I received the wonderful surprise of a cd of the production recording from Robin.  What a treat!  The Danish production stars Lise-Lotte Nielsen, who this year celebrates 25 years with the Royal Danish Opera.   Henrik Koefoed is  Cosmé.   Some of Robin's beautiful costumes are pictured below on the cd's liner notes.

The production will be on tour in Denmark this fall, including a stop at the Royal Danish Opera in October. It will play there for only one night - maybe symbolically like Florence's only performance at Carnegie Hall on October 25, 1944.

I saw Judy Kaye's extraordinary performance in Souvenir at the Lyceum on Broadway in 2005.  Judy was nominated for a Drama Desk and Tony Award, and since then, she has toured the production.   Donald Corren, starred as Cosmé McMoon, her accompanist and narrator on Broadway.    It remains one of my favorite theatrical experiences.  I only wish I could make it to Denmark this fall in order to see Robin's production. 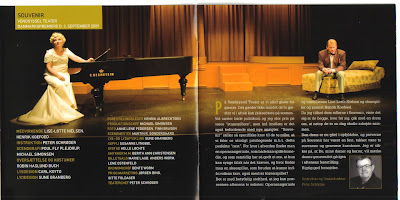 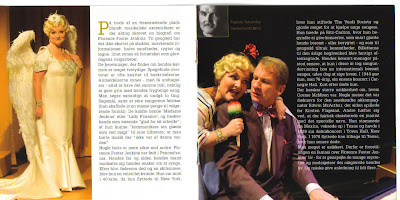 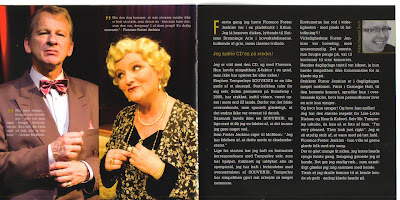