Carmen on the Plaza 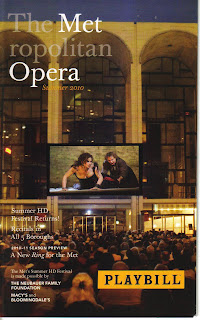 Last night, Sally and I went to see Carmen on the final evening of the Met Opera's Summer HD Festival.  Carmen, starring Elina Garanca and Roberto Alagna, was one of my favorite operas of last season.  It's a new production and will be back again this season.  It may be the sexiest opera of all operas.

It's just a movie of the opera that was filmed live in HD and it's on my DVR from the PBS broadcast, but there's something very special and very "New York" about watching it on a cool, perfect evening at Lincoln Center with 4,000 other New Yorkers. We were lucky to nab chairs provided by the Met, thanks to Sally who arrived almost 2 hours early, but many were seated on the sidewalk all the way to the street. 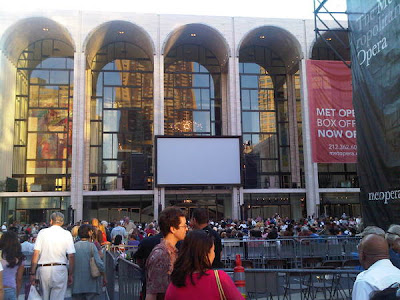 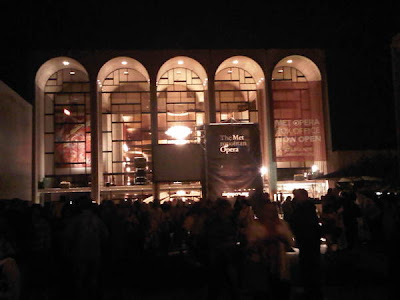