"Oh Margaret, you bring me to the nicest places."

I overheard this in the ladies' room.  And she was right - but not just about the brand new ladies' room with many stalls and a Dyson hand dryer - but about the whole experience.

This season is my season to finally see New York City Opera on a regular basis.  I'm done with opera-snobdom, if you will.  I've gone to Paris, Chicago, Washington, DC, and soon to London and Houston, for opera, so why should I mosey across the plaza from the Met to see some high quality opera?  Especially, if its productions of operas that are likely to never be produced at the Met?   Duh!

I started out my New York City Opera season this evening with Leonard Bernstein's A QUIET PLACE.

I should be going to sleep by now, but I'm sitting here quiet stunned.   I haven't had this feeling about an opera in a very long time.   I absolutely loved it.   It's nothing short of fun, beautiful, sad, JARRING, and then some.

It's the New York premier of Bernstein's modern work about a dysfunctional family dealing with loss and each other.  It began as a short opera Trouble in Tahiti in 1951, then in 1983 was paired with A Quiet Place and finally in 1984 became the three act opera with Trouble in Tahiti as a 2nd act flashback.

The story is very affecting.    The music is clearly Bernstein - so much percussion.   I loved how the orchestrations seemed to put an exclamation point on things.  In Act 2, there is an aria that is very reminencent of "Make Our Garden Grow" from Bernstein's Candide, and in fact, the garden is a symbol for the quiet place the family seeks.

It was opening night, so the production team was brought to the stage with great approval by the audience.  This also included Stephen Wadsworth, the acclaimed theatre and opera director, who wrote the libretto of the three act piece as we saw it.

I'm considering returning to City Opera to see this production again.  They've done a fabulous job with their season opener! 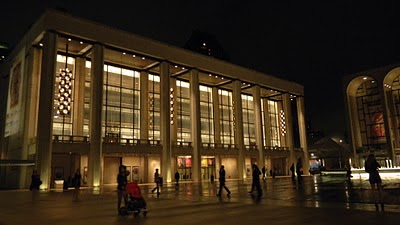 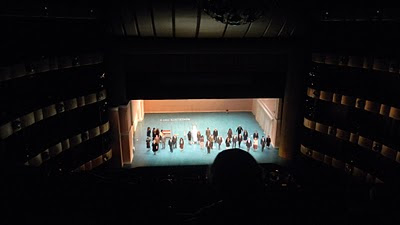 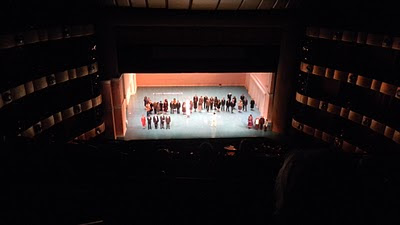 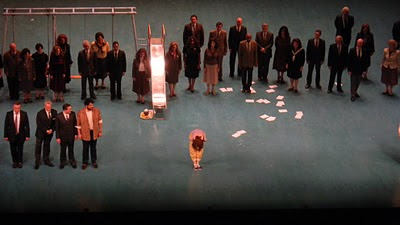 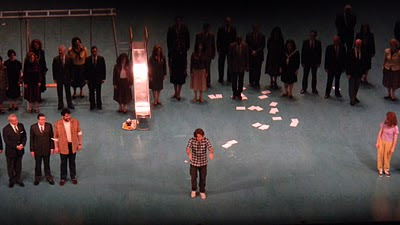