Simon Boccanegra at the Metropolitan Opera

I first saw Dmitri Hvorostovksy in the title role of Verdi's Simon Boccanegra in Paris at Opera Bastille in 2007.   I remember loving it.   Maybe it was just me.  Maybe it was Paris.

Because last Monday at the Metropolitan Opera, it was anything but love when Dmitri was once again in the title role.   Don't get me wrong: I love Dmitri.   Besides the obvious fact that he's easy on the eyes, his baritone voice is sumptuous and spine-tingling.   However, the production was dull and felt like it moved at a snail's pace, even though it was only about three hours long, including a lengthy intermission and brief pauses for scene changes.

The period costumes and sets were beautiful, the music was beautiful and the singing was beautiful but none of it collectively did the trick for me.  I was bored and thought it would never end. 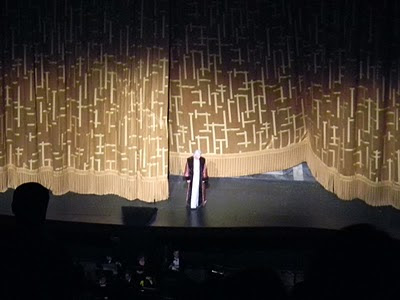 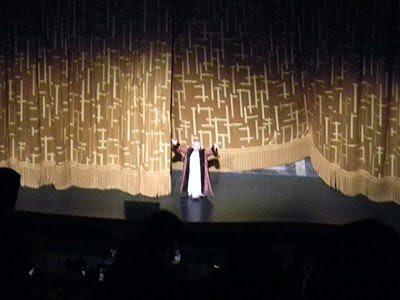