Even after seeing Bernadette Peters in concert twelve times, I haven't grown tired of seeing her perform her own show live.   This is particularly true about the most recent concert I attended at the Paramount Theatre in Austin, Texas.  I had seven very good friends with me and that made it all the more special - Karen from Pennsylvania (we met at Bernadette's concert in Peekskill), Suzi from San Antonio, Robin from Austin (my college roomie!), Beth from Austin (she was with me to see Bernadette in Gypsy, my very first live Bernadette experience), and my three great friends from high school Julie from Lubbock, Jamie from College Station and Juella from Paris.  We convened in Austin for fun and a fabulous reunion weekend.

All of my friends, except for Karen who is an even more seasoned Bernadette fan than I, were new to most of the songs Bernadette performed. They knew her from her television and film work (especially the Carol Burnet Show, The Jerk and Annie), but they were in for a treat when they heard and saw her live.   Bernadette rarely varies her repertoire and that's fine with me because there's comfort in knowing what you'll get, but when I am sitting next to somebody who is brand new to it, there's a certain magic added to an already sparkling evening.   They obviously knew the Rodgers & Hammerstein, Disney and Peggy Lee tunes, but I find it thrilling to witness an introduction to Sondheim music.   I was particularly moved by their reaction as whole to her songs - they peppered me with questions like what is that from? and where can I listen to this again?   I was not surprised when they were moved to tears by her rendition of Shenadoah and Not a Day Goes By.

I was beyond thrilled to hear Bernadette sing Goodbye for Now, which Stephen Sondheim wrote for the movie Reds.  I can't remember ever hearing her sing that before and its one of Sondheim's most beautiful melodies.

After the performance, I took all of the girls to meet Bernadette.  It's always fun seeing people look at her in awe and admiration and she's always so lovely to me and everybody.    The moral of this story is that if you'd like me to visit you, get Bernadette to come to your town and I'll be there! 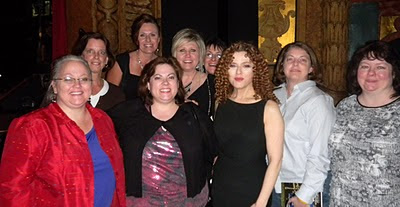 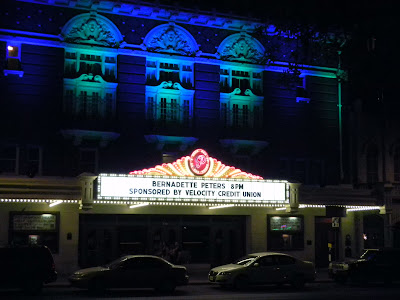 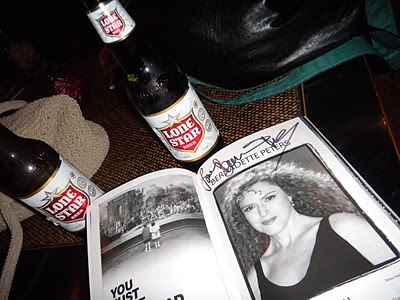 How did you get to meet her? I would love to be able to tell her how much she has influenced my life!