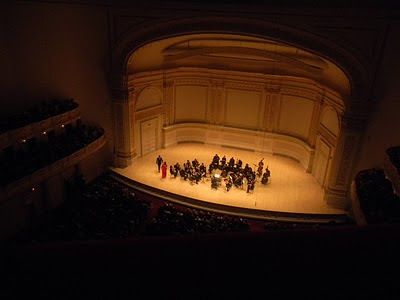 Yesterday, Sally and I went to Carnegie Hall for a concert by Dorothea Röschmann, Soprano and David Daniels, Countertenor with Julliard415.   The program was all Handel and baroque.   These tickets were part of our subscription and we actually attempted to trade them for something else.  Unsuccessful, we dragged ourselves there only to be thoroughly delighted with the performance and the program

I do love Handel very much, but I was unfamiliar with Dorothea Röschmann and don't care much for countertenors.  This repertoir changed my mind and I have to say that now I am more than looking forward to The Enchanted Island, the baroqe pastiche that the Met is doing next season with David Daniels, soprano Danielle de Niese and mezzo Joyce DiDonato.

This program, with the aid of the wonderful baroque ensemble Julliard415, was sublime.   It was quiet, beautiful and reverential.   I believe the wonderful accoustics of Carnegie lent to the beauty of this Sunday afternoon.  I walked away feeling rejuvinated and rested.

I was familiar with the music from Rodelinda (it was the first opera I saw Renée Fleming and co-starred Daniels and I can't wait for it next season at the Met) and some of the Rinaldo, but my surprise favorite of the afternoon was the "Per le porte del tormento passan l'anime" from Handel's lesser known opera Sosarme, re di Media  - it was so joyful! 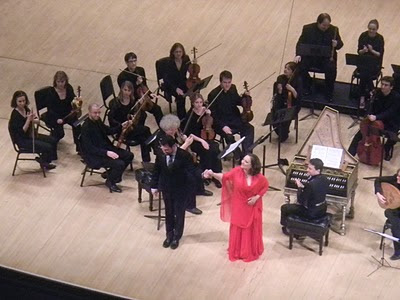 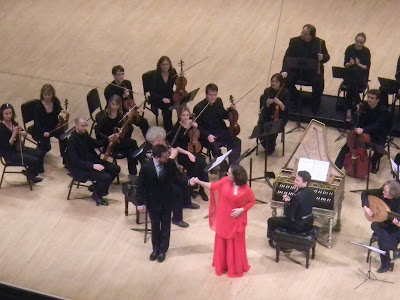 Thank you for your review! I have been a fan of Dorothea Roschmann since 2003 - but living where I do I haven't got any chance to see her live. So I really appreciate all news about her concert that I can find. She is a truly wonderful artist and singer - if you want to get acquainted with her Haendel singing - there is a DVD of Rodelinda with Ms Roschmann in the eponymous role. I truly recommend it.

Wasn't it a lovely concert? Perfect afternoon activity. I love Handel - some of these pieces were performed by my classmates when I was in undergrad, so it took me back.