Renée Fleming in Capriccio at the Met Opera

Capriccio was my most anticipated opera of this season at the Metropolitan Opera.  Oh Capriccio! Oh Strauss! Oh Renée Fleming!

In this opera by Richard Strauss, Renée plays a countess who loves music.  She has two beaus vying for her affections - one is a poet, played by Russell Braun, and one is a composer, played by Joseph Kaiser.  Her birthday is coming so there will be a fete.  The whole opera is preparing a piece for the celebration, while the subtext is questioning which is more important - the music or the lyrics.   The poet and composer believe she will choose between them based on whether she loves the music or the lyrics more.  The words are silly alone, but when set to music, they are emotionally glorious.   The kicker is that it is not revealed who she chooses.  In the meantime, there is hilarity in preparation for the party by an actress, played by Sarah Connolly, an actor who is also the count and brother, played by Morten Frank Larsen, two very funny Italian singers played by Olga Makarina and Barry Banks, and a theatre director played by Peter Rose.   The entire cast was very funny and sang it beautifully.

This opera was the best of both worlds, a comedy with soaring, transportive music.  I asked Renée which is for her personally and she said when it comes to Strauss, it's definitely the music.  I have to agree with her on this one.  The music is sumptuous  and the Met Orchestra, this time conducted by Sir Andrew Davis, was incredible as always.

Seeing Renée in an opera has become an annual event for my friend Beth from Austin and me.  Beth was with me at my very first opera at the Met and we've seen Renée in recital together in Austin and a number of other operas.   This particular evening was fabulous as usual.   After our backstage visit, Beth, Sally, Kari and I headed out for post opera fun.   The restaurant we chose was full of the casts of both Capriccio and the NY Phil's Company.  I don't know how we do it, but every time manages to be even more fun and fabulous than the last.

As fun as it is, the real beauty comes in the final scene.  It's the countess talking to herself about the decision she is to make over words vs. music, or the two beaus.   It's contemplative and sumptuous.

There are two more chances to see Renée in Capriccio at the Met - April 19th and 23rd.  Plus, the performance on the 23rd will be broadcast live in HD into movie theatres around the world.   We have tickets for the HD in New York, tickes not easy to come by - but it is my understanding that there are plenty of tickets out in the provinces.  I think this would be the perfect opera for a first timer, especially considering that it's rather brief compared to most operas, a mere 2 hours and 25 minutes. 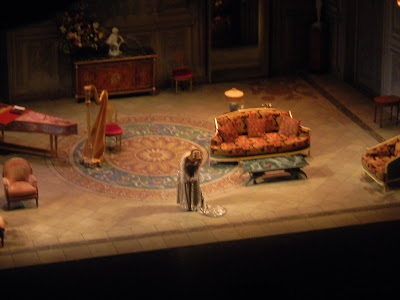 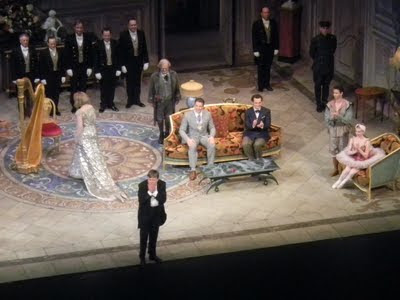 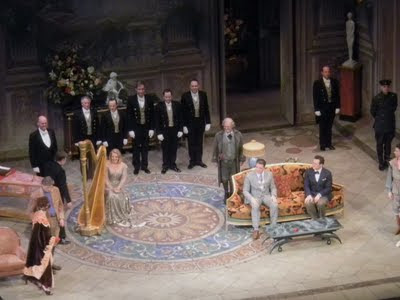 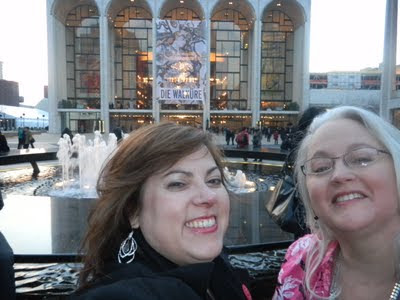