I was recently introduced to Ran, a young student from Shanghai, China, by a mutual friend.  She is also a fan of Broadway musicals and theatre.

I was completely enthralled by her love of theatre considering she is from a country in which the traditional Broadway musical is just now beginning to make enroads.   In addition to being a fulltime student and making the most of living in New York City, she reviews and discusses shows she sees at A Picturesque Review.

Her reviews are beatifully unique in that that she includes art that she has created through inspiration of what she has seen and heard.  She uses a variety of markers as her materials to capture the richness of her imagination.  You may have seen her work at the Broadway Flea Market, particularly at the Broadway Impact table.  Additionally, she has shared her work with various cast members of HAIR, which is her favorite show.   I purchased a print of her Follies inspiration for my office wall. 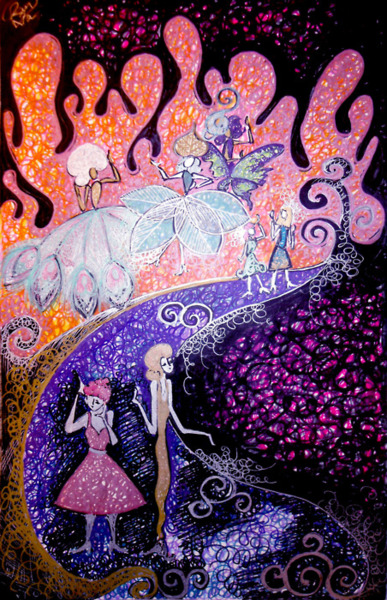