Carole Demas at the Laurie Beechman 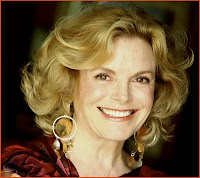 Last week I caught Carole Demas' act at The Laurie Beechman Theatre.   Chock full of pop hits and a few theatre songs, it was a delightful concert.  A veteran of stage and tv, Carole is all girlish charm, which she displays in number after number.   Beginning almost shyly, she builds wistfully and playfully before finishing with a bang.

The show was directed by Charles Repole.  Accompanying Carole were  music director Ian Herman on piano and Sean Harkness on accoustic guitar.    Mr. Herman showed off his talent as a composer by playing his composition "Too Fast," which was great fun.

Known particularly for her role as the original Sandy in Grease, the first big highlight of the evening was "Summer Nights."  Joining her on stage for this absolutely fun number were Paula Janis (TV’s The Magic Garden), Ilene Kristen (original cast of Henry Sweet Henry!) and Broadway’s Josh Franklin ("Danny" in the most recent Broadway production of Grease).   It was the cherry on top this already sweet show.

Carole is also known in the New York area for the locally produced children's show The Magic Garden, which aired from 1972 to 1984.  Her co-star Paula Janis joined her on stage to perform the theme song, "The Hello Song."  It was obviously a favorite of many fans in the room and it made me wish that I had seen this show as a kid.

The most thrilling performance of the evening was Carole's rendition of Stephen Schwartz' "Meadowlark" from The Baker's Wife.  Carole was in the original production of The Baker's Wife in Los Angeles.   She said that the show's producer, the infamous David Merrick "never could make up his mind about that song, which he called 'that damn bird song.'"    Carole was nothing short of spectacular on this number.   As she belted this 11 o'clock number, she completely transported the entire room on to that balcony in which the character "Genevieve" sings this song.   If she had sung nothing else all evening, this would have been enough.

I'd easily accept another invitation to see Carole perform.   You can catch her tonight at Forgotten Musicals at the New York Library for the Perofrming Arts at Lincoln Center.  She's also guest starring in a number of New York shows over the next few weeks - check out her website calendar for more information. 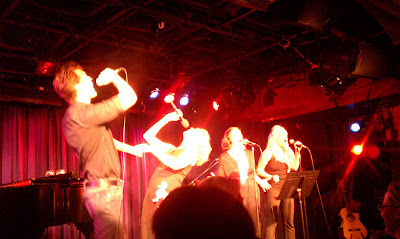