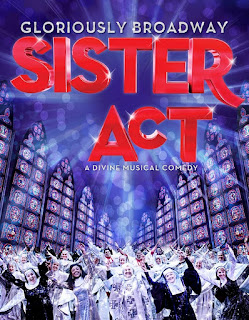 The Broadway musical SISTER ACT  is getting in the act to support God's Love We Deliver (GLWD).  They are putting together a "Sister Act Nun Run Team" for GLWD's The Race to Deliver on Sunday, November 20, 2011 in Central Park.

The idea behind GLWD for delivering prepared meals was first conceived in 1985 by Hospice volunteer Ganga Stone when she delivered  food to Richard, a man living with AIDS but too ill to cook it himself.    In 1986, Ganga Sonte  and Jane Best co-founded GLWD and began delivering an average of 50 meals per week. By 2011, GWLD delivered over one million meals annually, for a grand total of 1,000,732 meals.

The mission of God's Love We Deliver is to improve the health and well-being of men, women and children living with HIV/AIDS, cancer and other serious illnesses by alleviating hunger and malnutrition. They prepare and deliver nutritious, high-quality meals to people who, because of their illness, are unable to provide or prepare meals for themselves. They also provide illness-specific nutrition education and counseling to our clients, families, care providers and other service organizations.  All of GLWD's services are provided free of charge without regard to income.

SISTER ACT , based on the 1992 movie starring Whoopie Goldberg and Dame Maggie Smith, is playing at the Broadway Theatre and stars Patina Miller and Tony Winner Victoria Clark.   The musical boasts music by Oscar Winner Alan Menken and lyrics by Glenn Slater.  Tickets are available online:  via Telecharge.

In 2009, the London production of SISTER ACT and the charity Barnardo's launched London's first ever Nun Run.  A thousand nuns running through London raised over £30,000.
﻿
﻿
at 4:55 PM