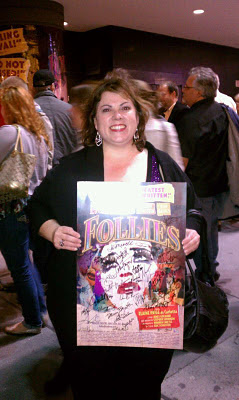 By simply clicking a like button on the Follies Facebook page, I won one of the twenty tickets awarded to fans of Follies on Broadway.  I received an orchestra ticket, a window card signed by the entire cast, and a visit with some of the cast on the stage of the Marquis Theatre after the show.

We were twenty strangers - not a one of us knew each other.   It was fun chatting here and there with others who had seen the show in the different incarnations - in DC at the Kennedy Center, early in previews, now.   All of us were very happy - just look at our faces in these pictures.

After the show, we were lead to the stagedoor and then on to the stage. As we filed in, we were greeted briefly by Danny Burstein, who brilliantly plays Buddy, and few of the young chorus members.

An assistant stage manager answered questions about the set  and production.  I was surprised to learn just how narrow the third catwalk is - you cannot fathom this from a view from the audience.   The actresses playing the "ghosts" are wearing six inch heels and moving on that narrow ledge!   Now, that's a performance.

We were soon joined by some members of the cast, including the co-leading lady Jan Maxwell who plays Phyllis, Susan Watson who plays Emily, and Terri White, who plays Stella, as well as Leah Horowitz who plays Young Heidi, Nick Verina who plays Young Ben, and other chorus members.   We talked about the recording of the cast album that very day and the day before.   Jan had us in stitches about the fact that Stephen Sondheim changed one of her lyrics for the recording and that's why she flubbed the line a bit while performing that evening (she held it together and kept going, but the audience couldn't stop laughing at the look on her face).  Terri talked about the difference in recording early in previews on a new show versus later in a show like this - when she was in Barnum, she recorded a song for the album that was later cut from the show.   They all talked about the rigors of performing and the fact that they are "walking wounded."   (Truth - the dancing is FABULOUS and their injuries are not showing!)     We took a group photo and the evening was all too soon over.

Well, before it was completely over, my young friend Tyler, a huge fan of Follies himself, was waiting for me at the stage door.   My very own Stage Door Johnny!   He took my photo with my signed window card and I signed his playbill.     I did get a chance to say hello to Bernadette Peters as well.   She was lovely as always and giggled that I won the Facebook contest - she didn't join the Facebook gathering since she had other guests and was admittedly worn out from the recording session.

This was my eighth time seeing the show - 5 times at the Kennedy Center, once on Opening Night on Broadway and once last week with friends.  I assure you, lest you had any doubt, that I'll be going again.

Why?   Because it's a show that has everything.  The glorious music by Stephen Sondheim is merely the icing on the cake for this big Broadway show that harkens back to the shows of yesteryear.   The dream cast is a reality of some of the best ladies in the business - Bernadette Peters, Jan Maxwell and Elaine Paige.  The men are pretty fabulous themselves - Danny Burstein and Ron Raines.   Supporting troupers are Terri White, Susan Watson, Rosalind Elias, Mary Beth Piel and Jayne Houdyshell.  The rest of the cast is something special as well.

The premise of the story is that it's the first and last reunion of the Weisman Follies at their former theatre which is about to be torn down in order to make way for a parking lot.   It's been thirty years since any of them were together, these Follies girls some of whom have continued to perform in some ways and some who were forced to give up on the business.  Ghosts of glittering showgirls ethereally move around the periphery of wings and on cat walks high above the stage, as the partygoers revel in stories of the old days.   They get to relive the old days by performing some of the old numbers.   The real arc of the tale is the two couples who knew each other in 1941 and are back at the reunion:  Ben and Phyllis; Sally and Buddy.  They have expectations of regaining something they had back then.

A hell of a lot happens in a very short time and lives are perhaps changed.   We don't know what happens after the party is over and it's time to go home, back to reality.  And that is perhaps some of the intrigue of this story:  back to a reality that is not what any of them excpected or even dreamed.

Having seen this production this many times and with hopes to go again,  I am still surprised at the glitz and excitement of the show.   Every moment is thrilling, and I am taken on an emotional roller coaster as these characters play our their story.    The cast is superb.  The costumes are eye-popping.  The 28 piece orchestra swells and surrounds the senses.     The entire experience is completely delightful.

Initially billed as a strictly limited run, Follies has extended its run and is now posting a January 22nd closing.  I have already heard rumors that it may extend past that date.   It's selling out nightly and is already on track to become the first commercial success for a Sondheim show.

The cast album will be released on November 29th, but if you pre-order via PS Classics, it will ship out on November 15th.  There's no doubt that this recording will be on a constant loop in my playlist. 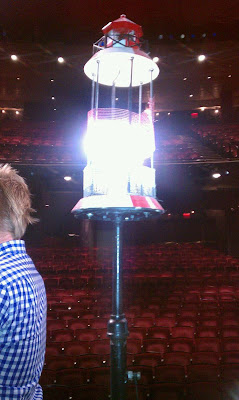 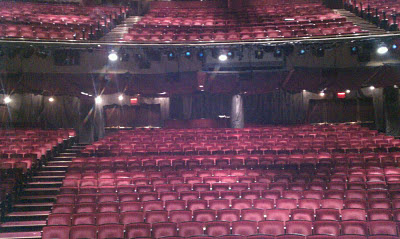 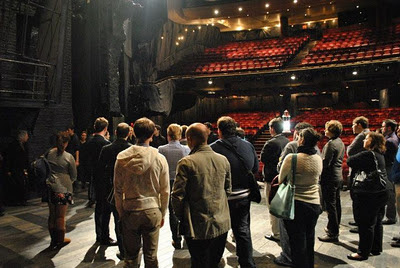 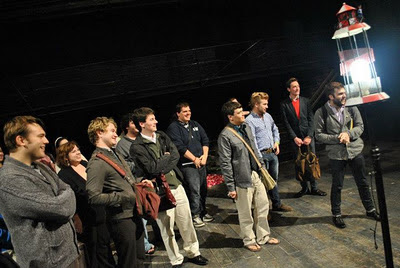 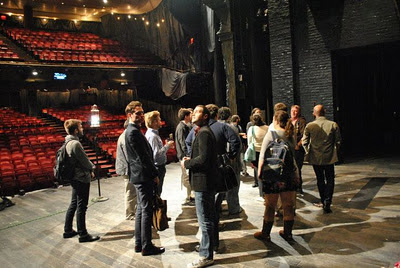 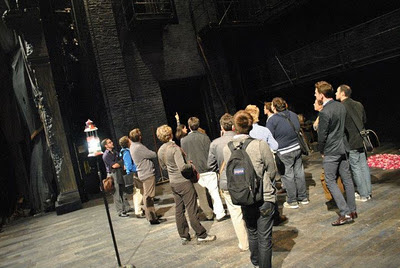 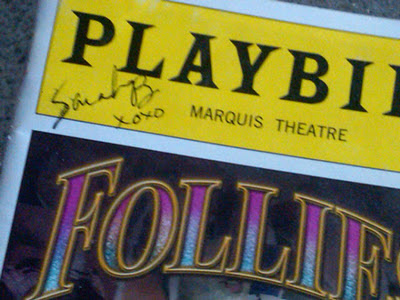 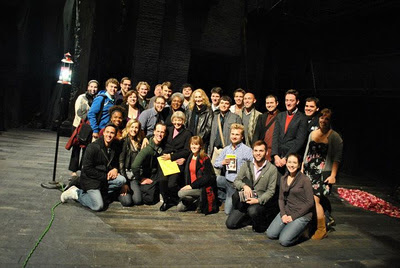 What fun for you Sarah. I'm coming back to the city at the end of the month to see the show again (with some comps I won online). Can't wait.