Xerxes at the San Francisco Opera 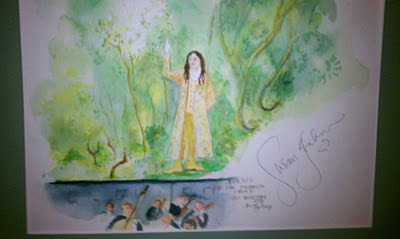 Last year when the Met's season schedule was released and my favorite mezzo soprano Susan Graham wasn't on it, I immediately made up my mind that I would see Susan in an opera somewhere, somehow during 2011/12.   The San Francisco Opera provided the perfect opportunity for this to happen with their production of Handel's Xerxes.  It also gave me the opportunity to attend an opera in a city I've been dying to get to know - I'm going to travel and I'm going to se an opera - the best argument for combining the journey.    The bonus this time was that my mother and sister joined me on the trip and we could not have had a better time, especially since they are from Midland, Susan's childhood grounds, and have seen her perform there.

I loved the War Memorial Opera House, the home of the San Francisco Opera.  It was grand but also in the art deco style.   If you saw Pretty Woman, then you remember that its where Richard Gere took Julia Roberts to see La Traviata.  While I didn't see Julia or Richard on this visit, for the last night of Xerxes the house was packed and fairly demographically diverse.   Many (or most) of the ushers seemed to be volunteers and were all very lovely and helpful.   After the opera, I was impressed with a volunteer taxi wrangler who stayed extra long to help patrons find a taxi  (the only drawback to the War Memorial Opera House was that it didn't seem to be very conveniently located to public transportation).

The production itself, directed by Nicholas Hytner and conducted by Patrick Summers was visually beautiful and quite hysterical.

Susan Graham played King Xerxes and David Daniels played his brother Arsamenes. Lisette Oropesa played the love interest Romilda. Heidi Stober played her sister Atalanta. Their father Ariodates was played by Wayne Tigges. Sonia Prina played Amastris, Xerxes’ fiancé. Michael Sumuel rounded out the principal cast as Elviro, Xerxes’ servant. Handel wrote Xerxes as a comedy as a comedy, but it also includes his signature baroque heart melting melodies. The opening aria is "Ombra mai fù” and was performed by Susan Graham. It wasn’t my first time to hear her sing it, but it was excellent to hear it within the story, although instead of a love of a woman, it’s for a tree which made it quite hysterical.

There was plenty of mistaken identity, people in disguise, misunderstandings and star crossed lovers. The female and some of the male chorus as the king’s court were dressed completely in grey, even down to their make-up and hats. The servants were dressed in black wastecoats, but their faces and heads were completely covered in white, making them seem like a courtly blue man group, right down to some of their antics. The set was sparse, but bright and effective.

My favorite funny scene was set in a small café or tea room – Xerxes and Ariodates each ordered a large piece of cake and it was hysterical to see Susan as Xerxes shoveling down some of the cake. While Susan is always brilliant with the comedy, Michael Suuel as Elviro almost stole the show with his hilarity. One other tiny moment that stays with me is that the curtain was astro turf – at the beginning of a scene change, it lowered from the top and one of the “white men” servants began clipping the top of it as if it were a hedge. We loved it!

I always love Susan in anything she does - she's brilliant at it all. Her voice makes me so happy. I like David Daniels too - he was the first counter tenor I ever heard (Rodelinda in 2004) and I think he's the best (I've heard 6 different counter tenors in the last 6 weeks between Rodelinda, Hansel & Gretel and Xerxes).


We completed our visit by going backstage to say hi to Susan.  My mother immediately demanded to know when they would be able to hear her in Midland again, especially now that the new Wagner Noël Performing Arts Center is up and running.  She noted that she would have been available for the gala opening for $1 million when Elton John wanted $2 million for it (Rod Stewart ended up opening it).  The best news is that she said she will be back at the Met in 2012/13 (I think it's Les Troyens) and of course, we'll see her with Malcolm Martineau in recital at Carnegie Hall on February 1, 2012. 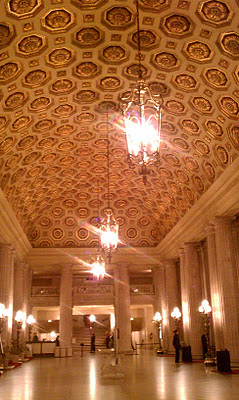 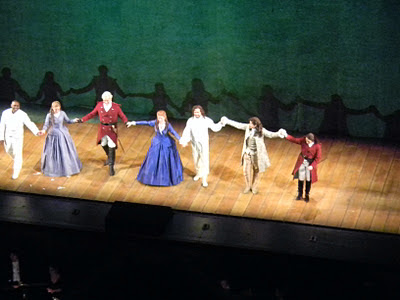 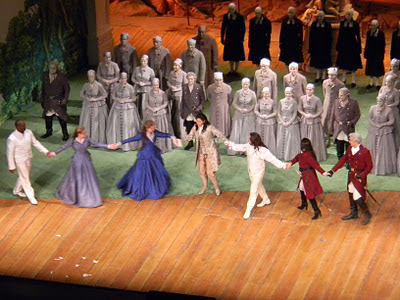 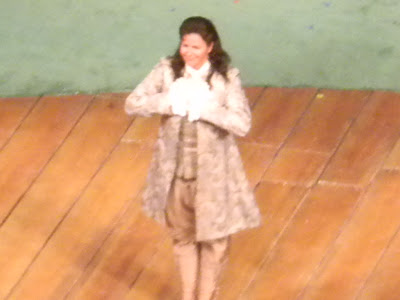 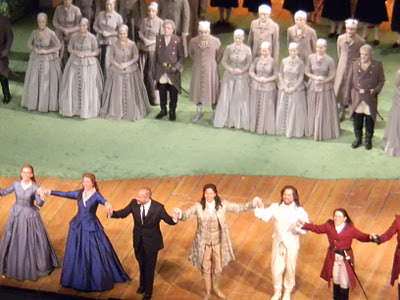 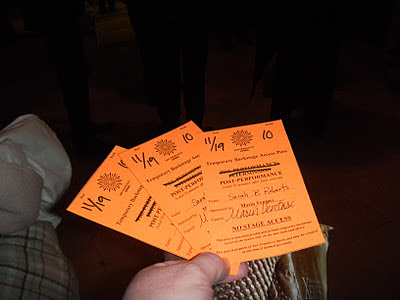 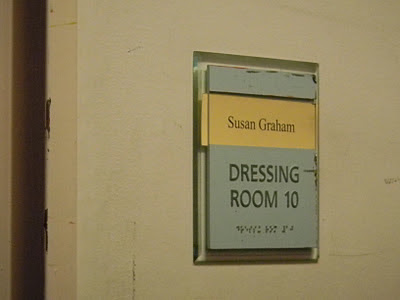