My Visit to Cabot Cove, Maine

On the last day of my recent California trip, I spent a day in Cabot Cove, Maine.   Actually, it was Mendocino, California, but it served as "Cabot Cove, Maine" for the twelve seasons of Murder, She Wrote, which starred Angela Lansbury as the murder mystery novelist.

Driving up from San Francisco was a beautiful, if long and terrifying, roadtrip up the 101, cutting thru wine country and then a very winding road thru Redwood National Park, to finally hitting Highway 1 to Mendocino on the northern coast of California.

When I finally hit the Shoreline Drive/Highway 1, I nearly cried from a combination of exhaustion and the site of that breathtaking view. Seeing in person the familiar coastline from the shots on the tv series that I had seen so many times was almost too much.

Only nine Murder, She Wrote episodes where filmed in Mendocino, but throughout the entire run, Mendocino exterior shots were used in a number of episodes which were set in "Cabot Cove."


Mendocino itself seemed a nice small town.  There was lots of shopping to do on the main street, especially art and craft shops.   I luncheoned on a bowl of clam chowder, which seemed like a Maine thing to do.   The pièce de résistance was seeing "Jessica's" house.  It's now a bed and breakfast called Blair House.  Had I known that the drive would be so trying, I would have planned to stay overnight here  - one of the suites is named "Angela’s Suite" (however, interors of the house were not used in filming).   The harbor scenes on Murder, She Wrote were filmed in Fort Bragg, just about 10 miles north of Mendocino, so I checked out that area too.

Aside from some postcards of "Jessica's" house, I didn't see any Murder, She Wrote memorabilia.   In the cafe in which I luncheoned, there were movie posters of all the films that Mendocino has served as location, notably Same Time Next Year, East of Eden, Racing with the Moon, Overboard, among others.

It was a long day, but worth the adventure of seeing the location of my favorite tv series from the time I was a teenager. 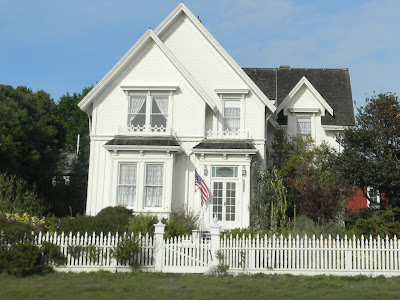 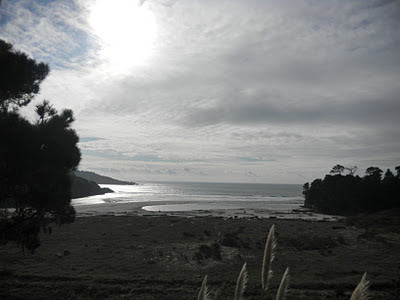 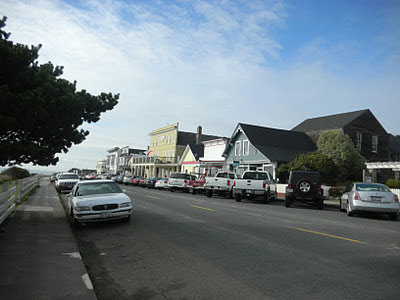 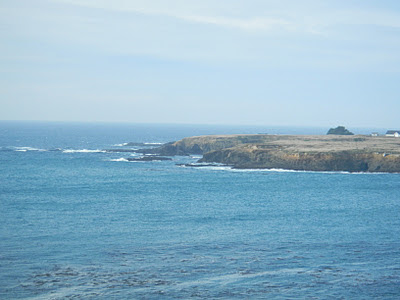 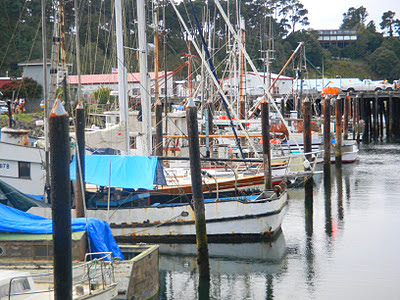 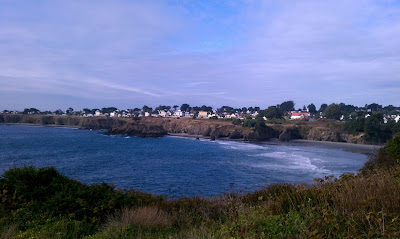 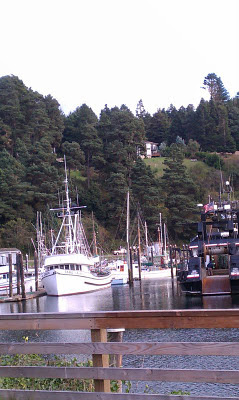 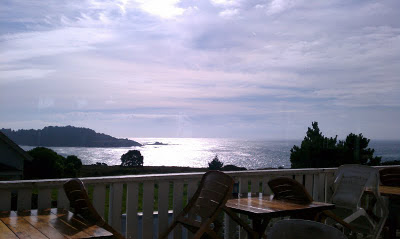 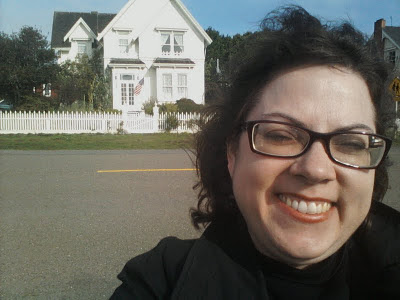 How lovely! I am a big MSW fan, I would love to visit there one day too, thank you for sharing :)

Greetings from México, i didn't know many things about this location, actually i'm watching MSW season 3, i am a huge fan of Angela Lansbury and her excellent program, one of the most important and fabulous 80's tv series. I love remember all of it. Thanks for sharing.

I am an MSW-aholic! Being a Mainuh (Mainer) and very familiar with Maine's coast, the coastal Cabot Cove bears remarkable resemblance to many places along Maine's coast. Floyd's dialect is rather odd, too forced, but the others' dialect, esp. the sheriff, is quite good. Doc and Jessica sound like they could have come from Maine. I would like to point out, however, that the sun does not set on the ocean in Maine
This only happens on the West Coast!

I'm disappointed that there is no "Cabot Cove, Maine," but I'm glad to know where MSW was really shot. I love California - grew up there. However, I never had the privilege of visiting Mendocino. Thank you for sharing; your article has sparked a deep longing to visit that beautiful, small town.

Thanks for the great pictures. Used to watch show with my Grandmother when a teenager as well.

I LOVE Murder She Wrote and I too have always wanted to visit the "set" or where the "Cabot Cove" scenes were shot! I also wanted the town to be real, it was done SO WELL! :) But thank you so much for sharing your experiences and pics!

Living in Jackman, Maine, I've been curious where Cabot Cove was. I was hoping to drive there one fall- enjoying the beautiful follage while heading for the coast. I guess that will never happen now! I always knew the Maine accents weren't correct on Murder She Wrote, but that really doesn't matter. (I'm from Missouri, born and raised, so not everyone in Maine has the "Downeastern" speach or accents!) Thank you for the wonderful article, it was so informative and interesting. God Bless in your future endeavors!! Beth STEVENS ��

Thanks for sharing - I grew up on MSW. 😄

Thanks for sharing - I grew up on MSW. 😄

I'm watching the tv series Murder She Wrote, right now on ABC TV in Australia. I was wondering that too whether Cabot Cove was really, now I know, thanks