Soon, we'll be going Into the Woods

﻿It won't be long until we're basking in the afterglow of a hot, New York City summer day at the Delacorte Theater in Central Park.  Subway signs and a layout in the July issue of Vanity Fair are mere indications that the anticipation is near boiling point for the Public Theatre's Into the Woods, the second offering of its annual Shakespeare in the Park.

I am most excited for this production of Into the Woods because Donna Murphy will play the "Witch."  The rest of the cast ain't too shabby either: Amy Adams, Jack Broderick, Gideon Glick, Cooper Grodin, Ivan Hernandez, Tina Johnson, Josh Lamon, Jessie Mueller, Denis O'Hare, Laura Shoop, and Tess Soltau.   The production comes across the pond from London and is based on the Regent's Park Open Air Theatre Production.

I predict that the folks will line up in 24 hours or more in advance for free tickets.  I have neither the time nor the temperament to sit outside all night and I'm don't want to rely on the Public Virtual Ticketing, which is essentially a lottery.  Fortunately, my like-minded friend joined as a Summer Supporter and generously offered me the opportunity to purchase her companion ticket.   I have a feeling this will be a money well-spent.

The sumptuous photo of Shakespeare in the Park alumni is, of course, by Annie Leibovitz for Vanity Fair. 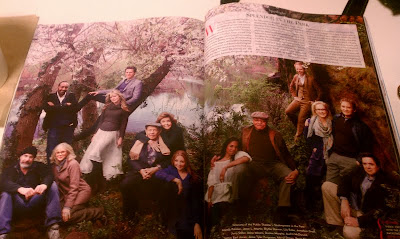 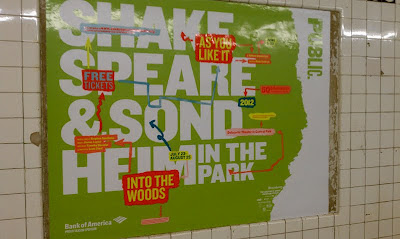 Email ThisBlogThis!Share to TwitterShare to FacebookShare to Pinterest
Labels: Central Park, Donna Murphy, Into the Woods, Shakespeare in the Park, Sondheim