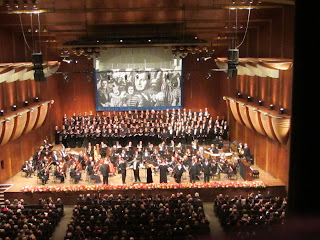 Tomorrow night, the 2012 Tucker Gala will be broadcast on PBS' Live from Lincoln Center. I attended the concert at Avery Fisher Hall in Lincoln Center on November 11th and it remains my favorite concert event of the year!

This was my sixth time to attend. It included performances by international opera singers as well as the winners of the annual Richard Tucker Music Foundation prizes. The Foundation, named after the great American tenor, was founded as a "non-profit cultural organization dedicated to perpetuating the artistic legacy of the great American tenor through the support and advancement of the careers of talented American opera singers by bringing opera into the community." Each year the Richard Tucker Music Foundation awards cash prizes to individual U.S. born singers. There is no application process, only nomination.

This year seemed to belong to the bari-hunks, but there's some diva thrown in too, especially with the knock-out mezzo sopranos Ms. Olga Boradina and Jamie Barton. The glamour and beauty came from this year's winner Ailyn Perez who wowed in several different gowns and opened the evening with Manon's gavotte on the Cours-la-Reine, my most favorite of all of the arias. The evening was as thrilling as ever and I'm so excited that it's hitting the airwaves on Live from Lincoln Center so others can see why I love the concert so much. Brava, Tucker Gala, brava. 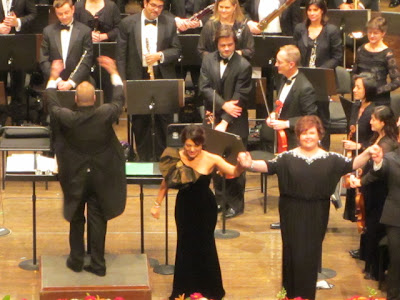