A Conversation with Alexander Harrington, playwright of "The Great Society" 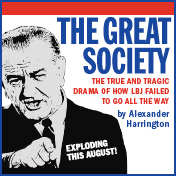 I had an opportunity to ask the playwright Alexander Harrington some questions about his play, which I'm so very much interested.

My interest goes beyond just an interest in American political history but became of a direct connection.


I can't remember anybody telling me about my mother's family's connection to LBJ.  It was just something that was, like how our noses are similar and we're all short and most of us were teachers (not me!).   My mother grew up in Cotulla just off I-35 about 1/2 way between San Antonio and Laredo.  It used to be a tiny Texas town where the main industry was ranching.
In 1927, Cotulla built the Welhausen School.  My Great Aunt Beth (Elizabeth Woolls Johnson - coincidental last name) taught there.  The next year, Lyndon Johnson became their principal.   He didn't stay long, but he definitely made an impression.  My Aunt Beth told me that Mr. Johnson treated all of the children the same, regardless of their race and station, that he believed all children deserved an education.   She quoted in an AP article years later: "We were all crazy about him.  He just moved right in and took over.  For example, he organized an athletic program for the kids that helped them tremendously.  When he wasn't tied up with that, eh was working with them on debate and declamation.  He didn't give himself what we call spare time.  He was a remarkable disciplinarian to be only 19."   Aunt Beth also told me that she would give him rides in her car because he had no car of her own.
Years later, my Grandmother Frances Herring worked as a secretary for various Texas legislators in Austin, then she got a job as a secretary in Vice President Johnson's Austin office.   I inherited a few LBJ mementos from Aunt Beth and my Grandmother, the Life magazine, letters, articles, a rolodex from the office and some LBJ pre-signed note paper.    On November 22, 1963, my mother and her sister Diane were on their way to a big dinner for President Kennedy and Vice President Johnson  in Austin when they heard the news on the radio.   My Grandmother was invited to go to Washington, DC to work for LBJ, but declined due to various circumstances.  She died in 1965.
The first book I read about him was "The Lyndon Johnson Story" by Booth Mooney.  My Grandmother gave it to my mother for Christmas in 1963.  It was just always on my bookshelf and I think I read it when I ran out of Nancy Drew and Cherry Ames .  I current in the middle of latest Caro volume on Johnson, "The Passage of Power."
I immediately planned to see the play, but I really wanted to know more about the playwright's connection.   Alec Harrington, playwright of The Great Society, graciously answered my queries.

I understand that your own connection to LBJ is via your Dad, who assisted in the drafting of Lyndon Johnson's War on Poverty legislation.  Did your Dad or other family members serve under Johnson's administration?   Continue to serve in government? 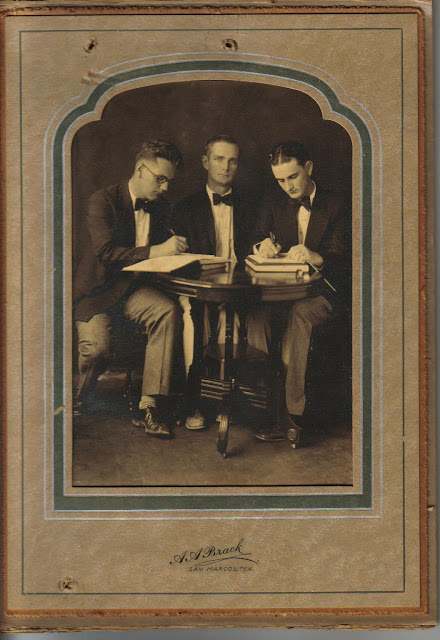 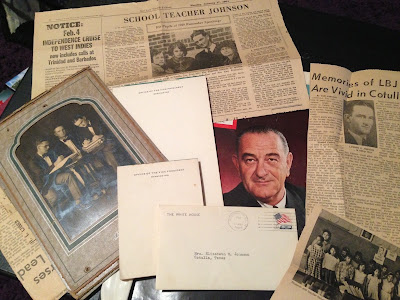