The Pipes of Christmas are calling! 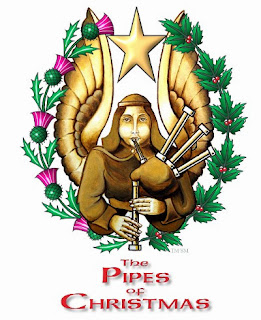 We are just weeks away from the annual Pipes of Christmas. It's the best holiday celebration in New York City, and this comes from a cynical soul who has all but given up on Christmas. It also stirs up my wee dram of Celtic blood and makes my soul soar!  I plan my entire December around the Pipes of Christmas concert.

The Pipes of Christmas is presented by Clan Currie and is in its 15th year. It's a joyous event that also raises funds to support music scholarships for educational institutions offering Celtic music programs, including the Royal Conservatorie of Scotland, the Gaelic College of Arts, and the National Piping Centre.