Wishing Upon a Star 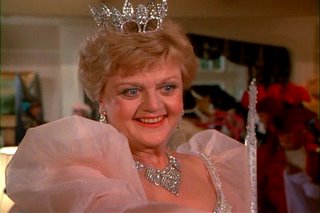 Over the weekend, a very irritating prankster posted on musicals.net that he heard a report on CNN that Sondheim's A Little Night Music was being revived with Angela Lansbury playing the role of Madame Armfeldt. Originally on Broadway from February 1973 through August 1974, Night Music was Sondheim's only real commercial success and has never been revived on Broadway. Angie would be brilliant in this role. This prankster caused verbal battles and heart palpitations...if I ever find him I will wring his neck. Of course there is still the rumor circulating that Angie will return for 70 Girls 70 at Encores later this year. She herself told Linda Winer in a Women in Theatre interview in the fall of 2004 that she would return to Broadway sometime in the next two years. Now, Fairy Godmother, grant my wish! I know it's possible!