The Debbie and Diana Show

Deborah Voigt says Minnie and Elektra are in her future. Diana Damrau says she'll do Lucia on the Met tour of Japan. Diana said that she had not planned to do a Queen of the Night again but since she loves the character and it's at the Met, she had the right to change her mind. Just this once. Debbie said that she'd love to do Salome at the Met, "but NOT this production. Karita pretty much owns THIS production." She said she loves the character. She said she really likes Helena too. She said she didn't get much out of playing the Marchalin. Diana talked a lot. She's very expressive and obviously puts a lot of thought behind a role and a opera in general. When she didn't know an English word, Debbie acted as her interpreter. They were delightful together, especially when Debbie provided comic interpretation with her facial expressions. 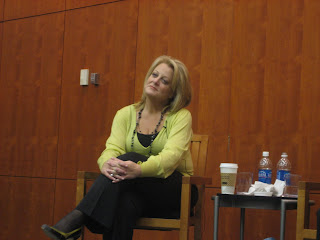 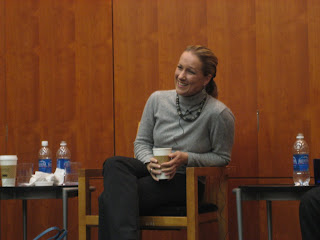 If it's not a problem... could you please tell us (wel, me lol) a bit more about what Diana said? Anything you remember. Thanks a lot! =)