Deuce, one week in!

Oh what a difference a week makes! Deuce has been in previews for a week. I took in a second helping tonight. After writing about my experience in seeing it last week, my friend Karen commented that she couldn't tell if I really liked it or I was just being polite. Now I believe it wasn't that I was necessarily being polite, but that I liked the experience of seeing Angela back on Broadway along with Marian Seldes more than I actually liked the play. Now, don't get me wrong, it wasn't bad, just not great. Tonight, though, was great. There have been cuts of some of the awkward sections. It flowed much more smoothly and both ladies seemed more at ease. The dialogue and non-sequiturs are very funny. The monologues are touching. The audience was very engaged and the house erupted in laughter quite often. Angela and Marian have impeccable timing in both delivery of lines as well as facial expressions. The other "characters" still seem unnecessary and perhaps their lines will be further axed. They really only exist to establish the history of the two main characters. I think the play is evolving into a truly enjoyable and touching story. I don't have tickets to see it again until May 15th, but, well, you know, I may have to...

The stage door experience was terrific. I met a guy who happened to be celebrating his birthday. He remembered listening to his mother's Mame album when he was little and has always loved Angela. The guy standing on the other side of me also loved it and loves theatre. He saw the matinee today so came back tonight for an autograph. We were not disapppointed. It was evident that both actresses, despite doing two shows today, are having a good time and were all smiles and quite accommodating. Marian said she is loving the experience, and has from the very first rehearsal. Angela was very funny with everybody having her sign all the "oldies but goodies". She signed my The King and I Playbill and asked, "Where in the world did you get this?" 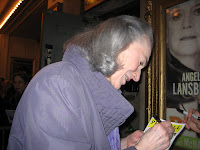 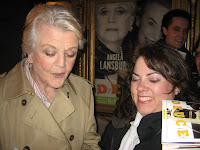 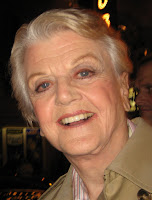 (If you use this picture, please credit me)

Bonus encounter of the evening: At the bus stop, I met Lynn Cohen who often appears on Law & Order as "Judge Mizener" and on Sex & the City as "Magda"
at 10:56 PM

Fabulous picture of you and Angela, Sarah!!