Courtside in the Theatre

Didn't I say my mother would love Deuce? How could she not? It's pretty exciting to be in the presence of an actress who just garnered her first nomination for best actress in a play. It's not a bad night at the theatre when Zoe Caldwell is in the house. The role of Leona was originally written for her, you know. It wasn't bad seeing a few
tennis stars for that matter. It seems sort of appropriate for them to be at a at a play about tennis legends. How about telling the other star
how you've fallen in love with her work and that you're so glad that you've seen her four times so far and she looks at you and immediately gives you a hug and tells you that she too must see plays over and over? It was good to be courtside again. 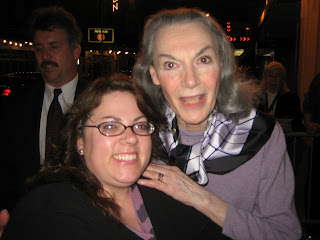 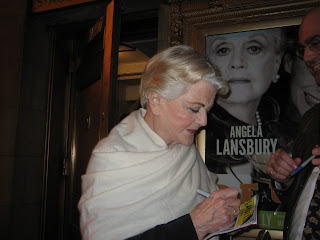 Could any actress possibly be any more gracious than Marian Seldes? I think probably not. I love her. Great picture, too.

Wow - how amazing Angela looks! I love her story of her trying to find the Tony nomination information online from bway.com...I imagine her exasperatedly punching buttons on her microwave...