Quote of the Day and Sondheim to become popular 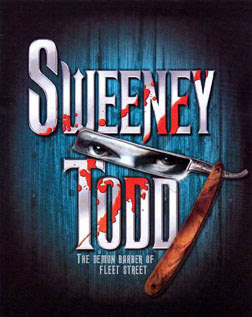 Gordon Cox at Variety surmises that the film Sweeney Todd may bring new popularity among audiences to Sondheim's work, including the upcoming first revival of Sunday in the Park with George. But the Quote of the Day is:

"Still, box office bounty and trophy wins for the Sweeney pic could at least set the stage for the barber's legit return to Gotham -- a move made even easier with an existing production already on the road and able to shift fairly seamlessly back onto Broadway."

"We haven't looked at that seriously, but certainly we're poised to do so," says Viertel [Tom Viertel, one of the producers of the Sweeney revival on Broadway and the road]. "If the movie takes off, I'd kill to get 'Sweeney' back to New York."
at 5:51 PM

That is an incredible prospect!

Check out the NYT article on it...Follies anyone?

I don't think it will come back to NYC. In other words, you have to come to Chitown to see the tour again. Sorry!