Tube Time: Fire up the DVR 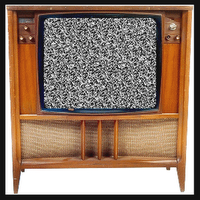 Check your local listings and fire up the DVR:

1. *Wednesday, October 15th, 11 AM eastern - Renée Fleming is at The Martha Stewart Show* - Update: Renée is taping this segment today and it will be shown at a later time.

2. Thursday, October 16th, 9 AM eastern - Bernadette Peters is at Live with Regis & Kelly

3. Thursday, October 16th, beginning at 1:00 PM eastern - Angela Lansbury's birthday is celebrated at Turner Classics with an encore of the 2006 Private Screenings interview, then Bedknobs and Broomsticks, The World of Henry Orient (kids, the musical version of this is Henry, Sweet Henry, and then the movie in which she made her screen debut in 1944 and garnered her first Oscar nomination at the age of 19, Gaslight.

:O Bedknobs and Broomsticks! I am definitely recording this! I haven't seen it since I was 8 years old =) Thank you!!

Thanks, Sarah! I'll definitely set my DVR. I don't know if I've ever seen Bedknobs and Broomsticks or if I did, it's been years.

What a fabulous week for TV!!!!

Bedknobs was not a good experience for Angela, but she rocked it and I love it, plus David Tomlinson is in it and I always had a thing for him.

I love Gaslight! Such a great movie and well acted by the four main characters. Angela was such a punk to Ingrid Bergman. I wanted to slap her.