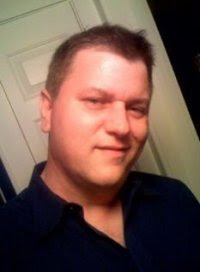 The Independent Theater Bloggers Association (the “ITBA”) is proud to announce the 2012 recipients of the Fourth Annual Patrick Lee Theater Blogger Awards, (the “the Patricks”).   Patrick Lee was one of the ITBA's founding members. Patrick passed away suddenly in June 2010, and was an erudite, passionate, and tireless advocate for theater in all its forms. Patrick was also the ITBA's first awards director, and was a regular contributor to Theatermania and TDF Stages.

2) CITATIONS FOR EXCELLENCE BY INDIVIDUAL PERFORMERS (Across Off-Off Broadway, Off-Broadway, and Broadway)
Nina Arianda in "Venus in Fur"
Christian Borle in "Peter and the Starcatcher"
Philip Boynkin in "The Gershwins' Porgy & Bess"
Danny Burstein, "Follies"
James Corden in "One Man Two Guvnors"
Santino Fontana, "Sons of a Prophet"
Judy Kaye, "Nice Work If You Can Get It"
Judith Light in "Other Desert Cities"
Jan Maxwell, "Follies"
Lindsay Mendez "Godspell"
Terri White in "Follies"

7) Outstanding New Off Broadway Play - Sons of the Prophet

8) OUTSTANDING OFF-OFF-BROADWAY PLAY
"Samuel & Alasdair: A Personal History of the Robot War", by The Mad Ones, at The New Ohio Theatre
&
"She Kills Monsters" at the Flea Theater

The ITBA, is comprised of bloggers who regularly see live performances in all its forms in New York City and beyond. Members are in New York, Boston, Chicago, Minneapolis, and London. For further information and a list of our members, our website is www.theaterbloggers.com. If you are interested in learning more about the ITBA, email info@theaterbloggers.com. To invite the members of the ITBA to your show or event, please send an email to invite@theaterbloggers.com.