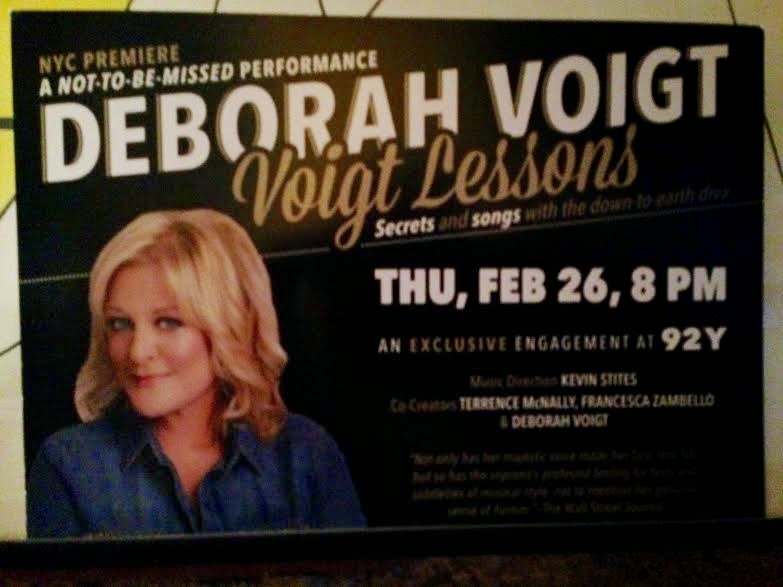 Last week Debbie Voigt presented the new York City premier of her one woman show "Voigt Lessons" at the 92nd Street Y last Thursday night.  And girl, there were lessons to be learned.
Deborah Voigt is one of the greatest dramatic sopranos of modern times.  I have seen her sing opera and lieder at the Met Opera and Carnegie Hall.  I saw her in my first Wagner, Tristan und Isolde and later in my first Ring Cycle, Gotterdammerung and Siegfried and earlier, in two Richard Strauss operas, Elektra and Die ägyptische Helena.  At Carnegie, I heard her sing Strauss' Last Four Songs with the Met Opera and in her own lieder recital.   Hearing her was thrilling, indeed.

Aside from loving her singing, Debbie is a personal heroine of mine: she has shared her journey of conquering her compulsive overeating and addiction, weight issues, and other personal hurdles.  She published her memoirs, Call Me Debbie: True Confessions of a Down-To-Earth Diva, in January.

Voigt Lessons, a lovely evening of song and story, is a beautiful companion to her published memoirs.  The piece was created by Deborah Voigt, Terrence McNally (Tony award winning playwright and book writer) and opera and theatre director Francesca Zambello.  Richard Jay-Alexander staged the evening.  Debbie was accompanied on piano by her music direct, Kevin Stites.

Debbie talked of learning to sing in the choir as a little girl in church to her time in high school musical theatre to learning to sing opera on the largest stages in the world.  She punctuated her very personal history by sharing some of her favorite songs from The Carpenters, musical theatre, old hymns and even Strauss and Brahms lieder.   She teased us with the opening bars to the second act of Tannhäuser.   She especially wowed us with her rendention of the tenor aria Nessun Dorma.   She even thru in a 'Ho-jo-to-ho'!  She closed the evening with the old gospel, His Eye is on the Sparrow.

She is warm, funny and beautiful.  She worked from a script for the evening, but at times spontaneously and to our great delight, went off book from time to time bring even greater joy to the evening.    Debbie did say shes still has some of the great roles in her, for which I cheered as loud as I could:  Kostelnička (Jenufa), Ortrud (Lohengrin), Dolly (Hello Dolly!) and Mame (Hell Yes!).    This was an evening of range - range of music and emotion - and I have no doubt she's up to any and all of these roles.

I found the evening to be quite cathartic.  I found myself in tears from the honest emotion and stories she shared.  I'm very grateful that she has been brave enough to own up and tell us all about all of this.  It's not easy.  As a woman who has struggled with compulsive overeating for as long as I can remember, I identify with her story and I know it's the hardest thing to work on much less talk about.  Everything and anything is easy compared to this, at least for me.   After the concert, I waited in line to have her sign my copy of her book and I'm so glad I did.  I felt a boost to continue working on my goals just being able to tell her thanks for being so brave.  Thanks very much indeed, Debbie. 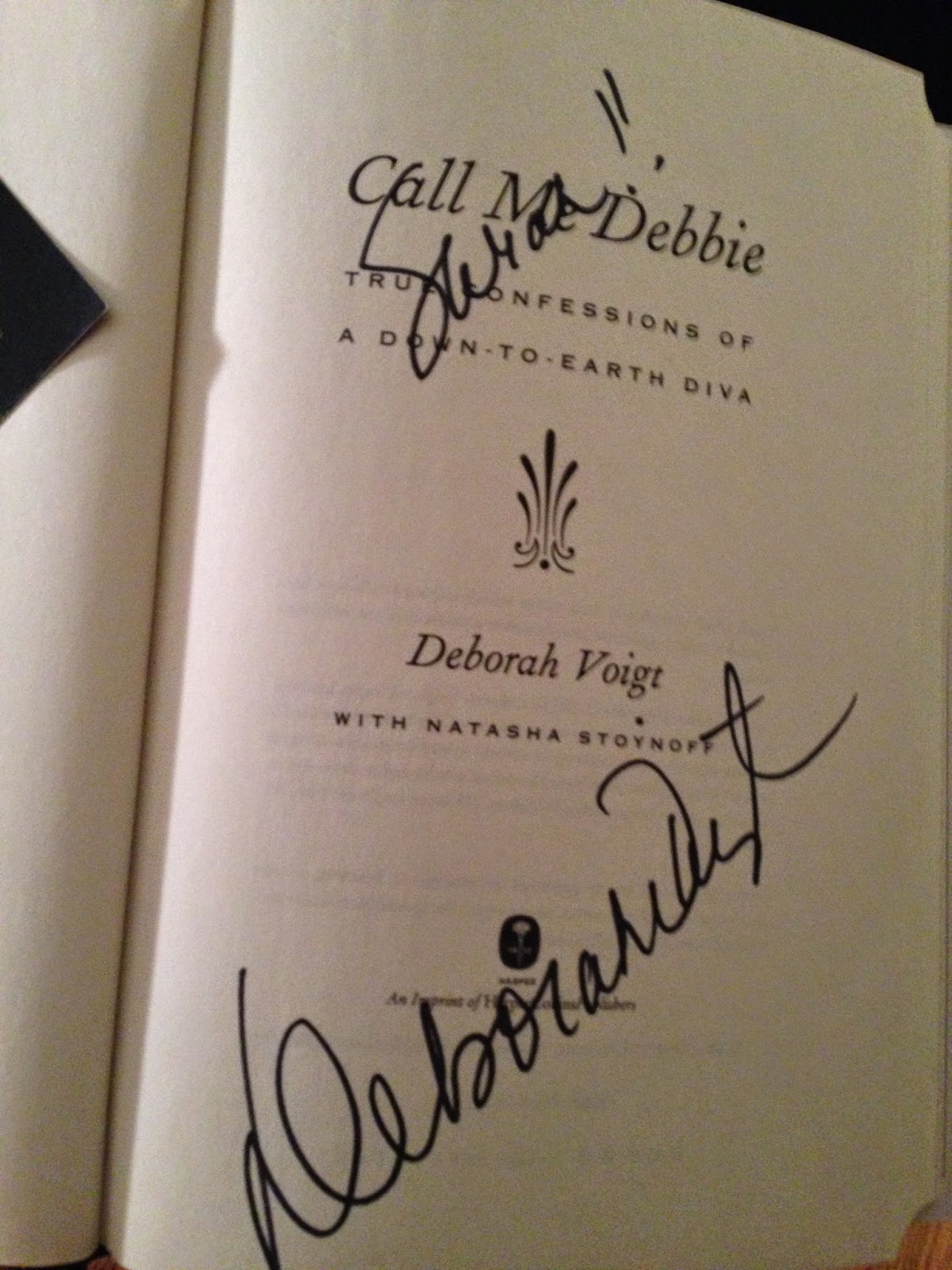 ﻿﻿
Bonus: Because it's adorable and because my pal Jesse North is also in this video:
at 10:05 PM