Die-hard Lansbury fans noticed that her Madame Arcati bore more than a fleeting resemblance to her hilarious Salome Otterbourne in the 1978 movie "Death on the Nile." When I asked her about that recently, she said, "You're damn right it does!" 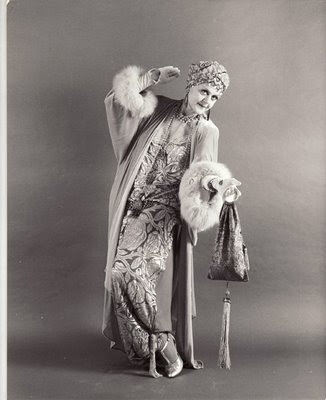 Email ThisBlogThis!Share to TwitterShare to FacebookShare to Pinterest
Labels: Angela Lansbury, Quote of the Day